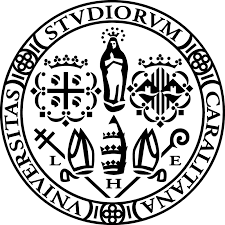 The Studium Generalis Kalaritanum was founded in 1606 along the lines of the old Spanish Universities of Salamanca, Valladolid and Lérida. It originally offered Law, Latin, Greek and Hebrew Literature, the Liberal Arts, Medicine, Surgery, Philosophy and Science. When Sardinia passed under the House of Savoy government in the 18th century, the statute of the University was significantly modified, with the expansion of the science faculties and institutes. Designed by the Piedmontese engineer Saverio Belgrano di Famolasco, the new University building was completed at the end of the 18th century. Today it hosts the Rectorate and the administrative offices. The 19th and 20th centuries saw more and more emphasis placed on research activities, with the achievement of important, internationally acclaimed results, especially in the fields of Medicine, Physics, Chemistry, Biology and Archaeology. In the 20th century, problems arising from severe damage to University buildings during the Second World War had to be addressed, and reconstruction is only now approaching its final phase. At the end of the 1960s ambitious plans were advanced for residential university structures in a campus style.