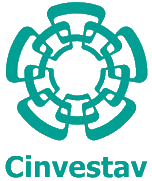 The modification by President Portillo stipulates that it is a decentralized organ of public interest, with legal personality and own patrimony. Cinvestav receives an annual subsidy by the Federal Government to fund its operations.