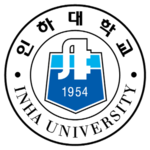 Inha University is a private research university located in Incheon, South Korea. Known traditionally for research and education in the engineering and physical sciences, the University was established by the first president of South Korea, Syngman Rhee. Inha is a Korean-American collaboration school, even in its name: the Morpheme "In" comes from the city of Incheon and "Ha"from Hawaii, USA. Started as a polytechnic university in 1954, named Inha Institute of Technology (Acronym: IIT; Inha Gonggwa Daehak, colloquially Inhagongdae), the institute has been achieving national recognition and a strong reputation as a technological research university thereafter.

Inha University is the most well-known and #1 university in Incheon area. Inha was ranked top 10 nationwide through decades according to Joongang Ilbo's annual rankings of South Korean universities; ranked 8th in 2017. Also, Inha is a member of GU8.