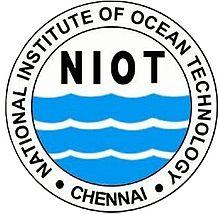 The National Institute of Ocean Technology (NIOT) was established in November 1993 as an autonomous society under the Ministry of Earth Sciences, Government of India. NIOT is managed by a Governing Council and the Director is the head of the Institute. The institute is based in Chennai.

The major aim of starting NIOT under the Ministry of Earth Sciences was to develop reliable indigenous technologies to solve various engineering problems associated with harvesting of non-living and living resources in India's Exclusive Economic Zone (EEZ), which is about two-thirds of the land area of India.