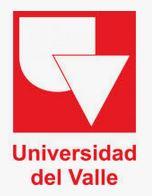 University of Valle, also called Univalle, is a public, departmental, coeducational, research university based primarily in the city of Cali, Valle del Cauca, Colombia. It is the largest higher education institution by student population in the southwest of the country, and the third in Colombia, with more than 30,000 students. The university was established by ordinance No. 12 of 1945, by the Departmental Assembly as the Industrial University of Valle del Cauca , under the leadership of Tulio Ramírez Rojas and Severo Reyes Gamboa.

The university has two campuses in Cali. The main one, known as University City of Melendez, is located in the southern neighborhood of Melendez and hosts the faculties of Engineering, Humanities, Integrated Arts, Sciences, and Social Sciences and Economics, as well as the institutes of Education and Pedagogy, and Psychology. Its second one, located in the centric San Fernando neighborhood, hosts the faculties of Administration Sciences and Health. The university also has several satellite campuses across the department in the cities of Buenaventura, Buga, Caicedonia, Cartago, Palmira, Tuluá, Yumbo, and Zarzal, and one campus in the neighboring Cauca department in the city of Santander de Quilichao. The university offers education at technological, undergraduate and postgraduate levels, with 258 academic programs, which includes 65 master and medical specialties, and 8 doctorates. Also, it hosts an excellence research center, six research centers, three research institutes, and 204 research groups.