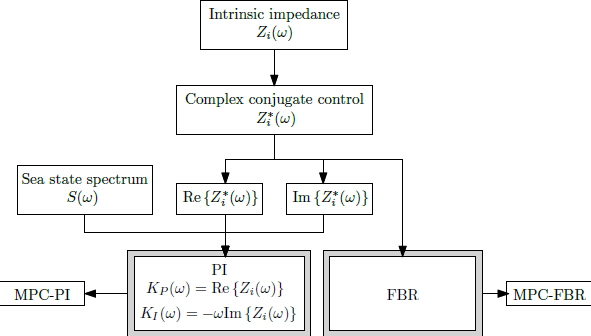 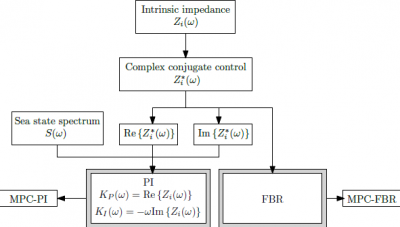 Numerous studies have shown that advanced control of a wave energy converter power take off can provide significant increases (on the order of 200-300%) in WEC energy absorption. These increases can in turn lead to reductions in levelized cost of energy (LCOE), both through the increases in energy generation, but also by decreasing loading. Sandia’s Advanced WEC Dynamics and Controls project focused on transitioning control design approaches from simplified paper studies to application in full-scale devices. By leveraging a wide range of dynamics and controls, robotics, modeling, and testing expertise, the project delivered on this goal, producing broad dissemination products (webinars, workshops, journal and conference papers, and open-source data sets) and direct benefit to individual WEC developers through numerous industry collaboration projects.

The Advanced WEC Dynamics and Controls project originally started with the goal to design a "plug-and-play" controller to realize the benefits in terms of performance that researchers had shown could be attributed to control systems, such as the great improvement in power absorption. According to the original approach, most of the effort would have been spent on bringing to bare nonlinear modeling/control and other highly-focused efforts on the problem. After the initial simulation work conducted to provide a comparison of control systems for WECs, and during the design stages of the "WaveBot" device that was tested at the Navy's Maneuvering and Sea Keeping (MASK) basin (Coe et al. 2016, Coe et al. 2018, Coe et al. 2019), it became evident that a more fundamental understanding of the problem was necessary.

While the concept of optimal WEC control and dynamics existed, there was a lack of understanding about the implications of control concepts for overall device design. In the case of ships and wind turbines, the control system can be designed separately, once the design of the device has been finalized, because the controller is only concerned with the quasi-steady state conditions of the device (mean rotor speed and pitch angle for wind turbines, orientation of a ship), that is the slow dynamics, and it does not have to interact or compensate with the disturbance.

With this realization, much of the project's work became integration of knowledge from disparate sources. The scope was effectively broadened to become understanding the overall dynamics, and the product became a tractable workflow for designing, modeling, and testing WEC controllers with readily available components and methods, with particular regard to the immense literature and tools available from classical control theory and practice. This has been done by shifting the point of view when looking at WECs from a mainly hydrodynamic focused approach to a more dynamics and control oriented framework, by starting to use classical control tools, such as block diagrams and Bode plots. Additionally, we have studied and documented in depth the practical aspects of implementing a control system on a real device, such as closed loop stability analysis; a fundamental requirement that had been previously overlooked. As a consequence of this work, we have developed an initial framework that will enable control co-design of WECs (power take-off systems, hulls, mooring systems, power electronics, etc.). At this stage, the focus of this project team has further pivoted to transferring knowledge to developers and academia through direct and indirect collaborations and dissemination of data, reports, and peer-reviewed scientific publication.

The project's findings can be summarized as follows:

This table lists documents associated with the Advanced WEC Dynamics and Controls project, including reports written by the project team and/or papers that have used the project outputs or are closely associated with them. To find additional project outputs, including related papers, datasets, and codes, explore the Advanced WEC Dynamics and Controls page on PRIMRE.